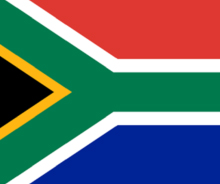 The North West University Solar Team is not new to the Sasol Solar Challenge, they have been competing in the challenge since 2012. In 2016, they set a record with the furthest distance in a day racking up 611.9 km and 3, 524 km for the entire eight-day challenge.

“Naledi I and Phoenix showed potential in the past challenges but were hampered with small reliability problems,” said team leader Danie Human. “Testing of Naledi 2.0 will be paramount to identify reliability issues and rectify them. It will also help the team to compete successfully with other teams and harness the full potential of this unique solar car configuration.”

Naledi means “Star” in Setswana, and was chosen to compliment the sun, which fuels the solar car.

The car has an instinctive innovative rotating solar array. This was done to create the opportunity for the car to harness more solar energy when the angle of the solar array is rotated for a more optimum angle towards the sun. Naledi 2.0 weighs roughly 170 kg and its layout increases stability and flexibility with a low centre of gravity. The 20 kg lithium-ion battery will give a minimum range of 250 km at 65 km per hour.

“We can’t wait to put these innovations to the test in the Sasol Solar Challenge,” said Human. He added that, “The support of the North West University and faculty of engineering makes the team a strong contender.”

The North West University Solar Team will include three drivers and a range of senior students and staff of the engineering faculty. Skills include chemical, industrial, mechanical, and electrical engineering.