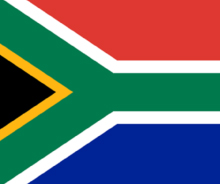 A group of Mpumalanga residents who have worked in science, technology, engineering and mathematics (STEM) departments of education for years, have decided to lead by example by establishing the province’s first solar car team.

Mpumalanga is one of the nine provinces in South Africa.

By competing in the Sasol Solar Challenge for the first time this year, the SolarFlair team from City of Mbombela is determined to attract more youngsters into the world of STEM.

“We are building a Mbombela community-based car to participate in the challenge, and through that help promote and create an interest in our annual school Electric Vehicle Challenge, and STEM in general,” said team leader Klasie Botha.

This will be the first time that a team from Mpumalanga enters the Sasol Solar Challenge.

Drawn together through a shared interest, the team became part of the South African Electric Vehicle (EV) Challenge founded in 2012. They are organisers and sponsors of the programme, in which local school teams build and compete with electric vehicles in an hour-long race.

Their car, SolarFlair SP 400, gets its name from the term solar flare, a sudden temporary outburst of energy from a small area of the sun's surface. The SP stands for Sun Power, and the 400 for R400, 000 the teams’ budget for building the car.

The team has 12 members ranging from 20 to over 70 years of age. Team skills range from electrical and mechanical engineering to graphic design and electronics and builds on knowledge gained from building small electric vehicle cars.

The team started designing and building their solar car in 2019. However, as the Sasol Solar Challenge rules and regulations changed, for the 2022 event, they had to re-design and rebuild the car. The chassis, steering and brakes have been installed.

“We aim to complete the car by end of April and then start with the first test runs,” said Botha. “The entire team is eager to get SolarFlair up and running.”